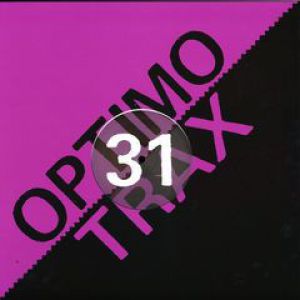 Optimo Trax presents a 4-track EP from Germany's Mathias Schober, head honcho of Berlin's Lossless label. As always we prefer to let our artists do the talking. Here's what Mathias has to say about this release -
The idea behind all tracks on the EP was a simple setup of drums and one synth that would do a main sequence/sound, yet there's a lot of detail in all of them. 'In A Certain Way' features a 808ish beat with a main sequence coming from a tiny monophon synth called Atmegatron - 8Bit love, it turned out being much more music than I thought it would be when I set everything up.
'But What Rules Are Made For' is the same setup but the sequence is a 101 and so are all the washed out fx synths. On 'Is To Break Them' I went a different route, I had the dub, delayed stabs synth first as I was messin' with my Moog and a Space Echo - which btw is used on every single track I release, if you haven't noticed yet.
So I was trying to build something around those stabs in order to fit the track to the others and so I ended up with another sequence coming from my Moog. As there was still space on the record, I decided to add an ambient version of 'Is To Break Them', I love the ambience on this track. I hope that my love for dub sounds is obvious enough on these tracks. Happy I found such an excellent home for the EP!