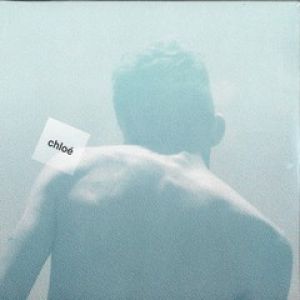 The cornerstone track from Chloe´'s new album, an adventurously dark landscape dotted by Montreal rock band Suuns' singer Ben Shemie's vocals, Recall deserved this long-awaited quartet of astounding remixes, which serve as extensions of her latest full-length Endless Revisions' second single, released last October on Lumie`re Noire, the label founded by Chloe´.Moire´, Matthew Dear's latest signing to his Ghostly International label (which released the London artist's debut album in early 2017), retained a smattering of Ben's syllables, setting them to a captivating retro- futuristic remix that straddles two worlds, along the milestones of a restrained beat in a mesmerizingly ethereal and ghostly road trip that could last forever.German Crosstown Rebels signee Jonathan Kaspar's version is a more banging techno version, rounding out the EP's wide array of moods and genres. Over a formidably progressive build-up, the mood remains dark thanks to Ben's stretched-out vocals, and Recall's original universe is made more dynamic with a sped-up tempo, added percussions, and a concluding harmonisation finale that brings it all into the light. Douglas Greed, previously remixed Chloe´'s Driven (released on BPitch Control back in 2015,) similarly chops up the vocals, but takes them down a different road, reassembling the original's elements to create a different track, resulting in a fascinating free-form re-reading, an adroit upcycling, a long detour through the German producer's favoured poetic techno backroads - possibly inspired by the surroundings of Jena, Greed (a.k.a. Mario Wilms') hometown, and homebase of the Freude Am Tanzen label, the serious stable of geniuses directed by the incomparable Robag Wruhme.In a more motoric register, Autarkic's re-imagines Recall via a different narrative lens, re-populating and grounding it all at once. The Israeli Red Axes accomplice, who released an excellent debut album (I Love You Go Away) on Disco Halal last April, has a knack for propelling fanatics of rock urgency straight to the dancefloor. A gang of machines amplifies Shemie's voice, highlighting its minutiae of suffering and pleasure, leading the listener into dawn.