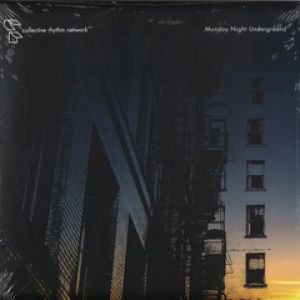 The Collective Rhythm Network (Hamilton, Canada), is a weekly radio show that focuses on underground dance music past and present. This EP was produced in celebration of the radio show's 20th Anniversary, featuring tracks by Detroit's Rick Wilhite, Ron Allen and Terrence Parker !
.
Rick The Godson' Wilhite is a Detroit born producer/label owner/record store owner/DJ and founding member of Detroit's 3 Chairs. Rick also releases music under his Vibes New & Rare Music label. For this release Rick has provided us with a brand-new track entitled Mind Control' - a thumping late night dance floor stomper
reminiscent of early 3 Chairs, that is sure to keep the crowd jumping!

Ron Allen is a Toronto based JUNO Nominated music producer/songwriter/DJ and founder of legendary dance music label Strobe Records that was instrumental in developing the house and techno genres in Canada in the early 90's. Whispers' by The R.A.S.E. (Ron Allen Sound Experience), features melodic keys, dreamy vocals and a groovy, head-nod inducing bassline that sounds just as fresh now as it did when it was originally released in 1994.

Terrence Parker ( TP') was born and raised in Detroit and has become legendary for his skillful turntablism style of playing House Music. Terrence has released more than 100 recordings on his Intangible Records & Soundworks label and various other international record labels. With lush keys, and soaring vocals, Embrace (The Original Melody Vibe)' is one of the deeper cuts in the Intangible Records & Soundworks catalogue.