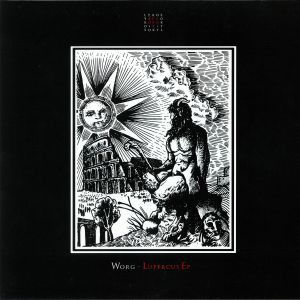 "Lupercus" inaugurates the Lykos Records label, inspired by the legendary figure of Lupercus and the rites connected to him.
The Lupercali, among the most important festivals of the Roman calendar, were celebrated every year on the Palatine Hill in honor of the god Lupercus.
The propitiatory fertility ritual was consummated near the ancient cave where the Lupa nursed Romulus and Remus. From these celebrations comes the choice to title the tracks "Lupercus"and "Rapsodia Sciamanica", as a wish for longevity and prosperity for Lykos Records.
The ritual begins with "Lupercus", from the gloomy soundscape that hides, in an aura of mystery, brilliant and strident sound details. Feral's interpretation confers a magical and ethereal dimension to the track, creating a suspended harmony with the use of flutes and pads.
Ancient rites are re-evoked by the obscure sounds of "Rapsodia Sciamanica"which brings the ancestral Roman cult back to life.
Worg's music with obsessive rhythms and oneiric melodies is the bridge between our reality and the pagan divinity.
In the hands of the Ukrainian Svarog, the track is tinged with dull colors with a strong predominance of the kick and a swirling drone, thus completing the ceremony.