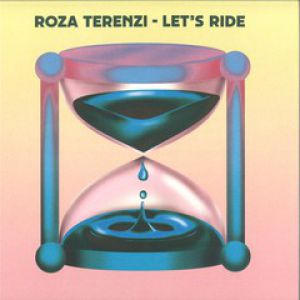 
Australian producer Roza Terenzi is next on Dekmantel with a quasi-cosmic, tropospheric slab of deep rave. The blend of breakbeats, distorted rhythms, and quirky yet sublime analog melodies evoke the senses, making this an exciting label debut from one of the underground's rapidly rising stars.

'Let's Ride' kicks of with '3.I.Y.', a track that initially reverberates and tweaks, as if crashing in from outer space. 'Bricks' slows the tempo down, and adds larger degrees of space, with a 110bpm chilled out timbre, and a wispy-palette. 'Freak N Tweak' is another slice where the mood cuts gently between ambient bliss, and analogically synthesised, percussive electro - like a downtempo, cerebral take on classic electronica. The EP's closer 'Open Me' takes the music back to full rave-speed, with layers of classic-era breakbeats and vintage sounding keys, all manifesting itself in Terenzi's contemporary take on pulsing, esoteric dancefloor rhythms.