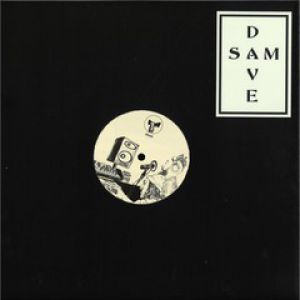 
"The Middle Passage was the triangular sailing route from English ports, to capture Africans from the continent’s west coast, and sell them into slavery throughout the United States and Caribbean islands. This labour of greed resulted in over a million deaths, the American scam, and astigmatisms of oppression that still resonate on all sides of its legacy. Just as cells pass the memory of past lives to an unknowing infant, we bear the scars of our inheritance with pride, faith and sometimes, resentment.” Dave Giles II (Dave + Sam)

Dave + Sam are the Brooklyn based duo making house music with a message. With Dave Giles in control of vocals and Sam O.B. handling production, the pair’s unique style captured the attention of Classic Music Company, their debut ‘Middle Passage EP’ now offering a 12” preview of their forthcoming album on the label. Opening the A-Side ‘Til The World Blow Up’ is a call for unapologetic expression featuring house legend Mike Dunn, followed by the ‘Sauce’ Instrumental, a blissed-out vibey mix, stripped back and refined. The B-Side is comprised of ‘Day One (Oh Baby)’, a nostalgic love letter about stepping into tomorrow, with a more dance focussed tone to the emotive A-Side. Rounding off the release is ‘Sauce’ where Dave’s spoken vocal accompanies Sam’s Afrobeat-influenced production, resulting in a decidedly cool track. If this is a preview into the world of Dave + Sam, this 12” release holds the album in high expectations.