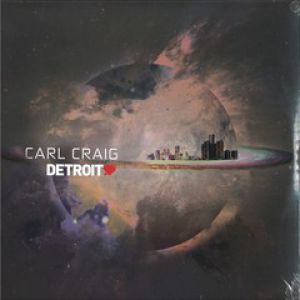 
Detroit Love present the second release on their eponymous imprint - a
collaborative venture from Planet E and !K7 which aims to capture the
essence of Carl Craig's beloved event series. Following last year's
inaugural mix from Stacey Pullen, the second entry comes from none
other than Carl Craig himself. Across a hazy, funk-driven voyage, he
delves into the spirit of his hometown, championing the past and future of
the motor city into an expertly curated mix. With a blend of 90s gems and
brand new exclusives, Carl's track selections forge an atemporal vision
of quintessential Detroit music. Opening up the mix are two rare, early
90s classics from Ectomorph and Rhythm Is Rhythm, neither of which
have been reissued on vinyl for decades, followed swiftly by a 2015
collaboration from Carl Craig and Green Velvet, never before released on
vinyl. New material comes in the form of an exclusive C2 edit of DJ Minx,
another exclusive from Claude Von Stroke, tracks from TV Lounge
affiliates Ataxia and Mister Joshooa and unheard music from Matthew
Dear under his new Brain alias, to name a few