GOOD AS YOU EP 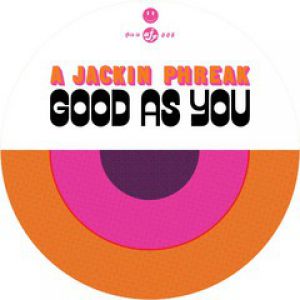 
After releasing a bundle of records on differents labels as Mental Groove, Brique Rouge or RZ in the noughties, A Jackin Phreak's acid house project is now reactivated and brings to you three brand new tracks, fully acid influenced for your own pleasure.
Steps back again in the vibe of '88 second summer of love with the Chicago jackin' sound of 'Good As You', let yourself go and do the trance-dance to the acid groove of 'Addicted' then go further and loose your control with 'Pulsion'.
As you can expect, 'Good As You' EP is released as limited random color vinyl pressing and, as a complete artist's project, its full color sleeve is designed by the A Jackin Phreak's himself.