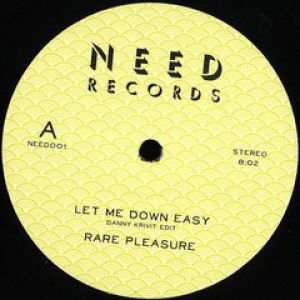 There are records you want and records you NEED. Here is one containing 2 massive re-edits from the master himself Danny Krivit. Side A sees him tease the massive Let Me Down Easy (known as the main riff for David Moraled Needin You) to over 8 minutes of uptempo disco bliss. On the B side, things get a little spicier as he pumps the Fatback Band percussive "Spanish Hustle" to a peak time monster. First time for both tracks on 12" - very limited edition from the people who delivered the HOMEHIT 7” series.