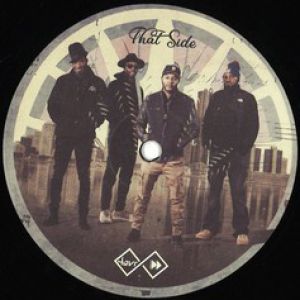 
With his 3rd release on 4EVR 4WRD featuring a heavy lineup of some of his fellow Eastsiders, Jon Dixon returns with something very special. This EP features the smooth vocals of Amp Fiddler and Dames Brown and has edits from Waajeed, Jon Dixon and Hip Hop producer Darrius Quince also known as Inkredibeatz